Home News A flying start for Nosferatu
Share This Page:
13/05/14

A flying start for Nosferatu 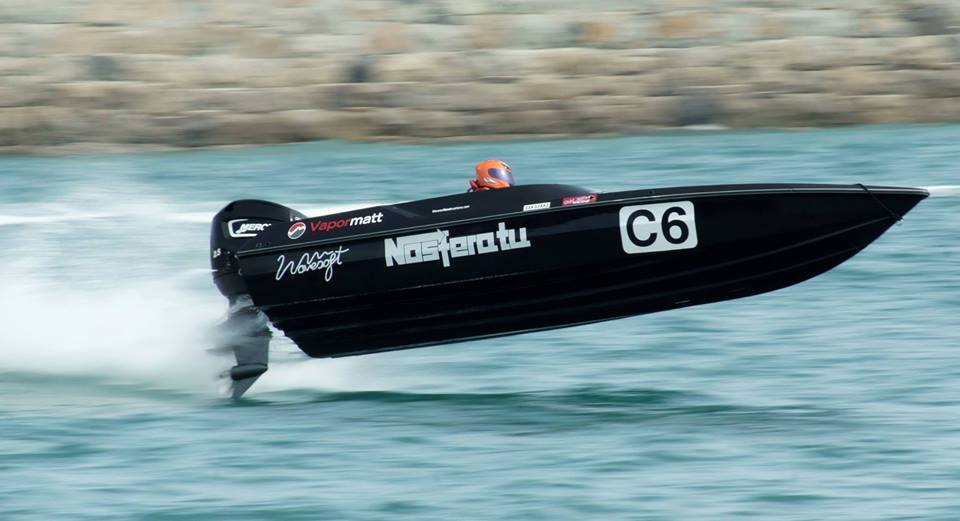 Having spent the winter season working on and upgrading the boat team Nosferatu, the Vapormatt sponsored power boat, was ready to compete in the first race of 2014.

Hosted by the Guernsey Powerboat Association saturdays race kicked the season of with the North Beach outer course which saw a good number of new entrants, providing good entertainment for those celebrating the Liberation weekend. Nosferatu were again in the "C" class and took a comfortable third on the first race.

However, the weekend was not without event.

During the first race one of the competing bat boats went for a tight overtake of Nosferatu and consequently rolled over throwing the crew members into the bay. Following the stopping of the race the Nosferatu team were close enough to help the dazed crew back into their boat and to safety. After the race restarted the Nosferatu team were able to carry on and claim the top spot on the podium by winning the class in the second heat.

Sunday’s race again saw some very close racing with another competitor, and close rival, in an identical boat. After some tense racing Nosferatu made it up into second position, however, our engine cowling sustained some damage forcing and early retirement.

The next races are to be held on the 5th and 6th of July.